The DPRK is one of the most repressive and abusive regimes in the world. As the report makes clear, the Kim regime systematically neglects the well-being of its people to underwrite and fund its illicit weapons programs via forced labor, child labor, and the export of North Korean workers. China continues to spread the worst features of its authoritarian system, including restrictions on activists, civil society, freedom of expression, and the use of arbitrary surveillance.

The Iranian people continue to suffer at the hands of their leaders.

The right of peaceful assembly and freedoms of association and expression are the legitimate expectation of all individuals worldwide. Unfortunately for the Iranian people, these human rights are under attack almost daily. In Turkey, the detention of tens of thousands of individuals, including journalists and academics, under an ongoing state of emergency has undermined the rule of law there. In Venezuela, the Maduro regime represses the human rights of its people and denies them the right to have a voice in their government.

Thousands flee their homes daily in response to this growing humanitarian crisis. We stand by the Venezuelan people even as their leaders refuse to allow aid into the country.


Finally, the Russian Government continues to quash dissent and civil society, even while it invades its neighbors and undermines the sovereignty of Western nations. I know that Ambassador Kozak will be happy to answer any questions you may have, but before I turn the podium over to him, let me note at least a few bright spots.

In Liberia, the recent presidential election represents a milestone marking the first peaceful transition from one democratically elected leader to another in more than 70 years. And in Mexico, the general law on forced disappearances established criminal penalties for persons convicted of forced disappearance and a national framework to find victims. 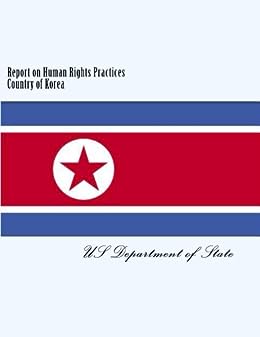 In conclusion, let me say America leads the way globally to promote human rights. We will also continue to impose consequences on those who abuse human rights. Over the past year, through the Russia Magnitsky and Global Magnitsky sanctions programs, we have undertaken some of our most aggressive measures yet. No human rights abuser, no matter where in the world, is out of our reach.

The Human Rights Reports are a significant part of that overall effort. Creating them is an enormous undertaking and not for the fainthearted. Thank you. ReliefWeb has been the leading online source for reliable and timely humanitarian information on global crises and disasters since Learn more about ReliefWeb. Many of you more than , subscribers at the last count! Published on 20 Apr — View Original. Related content World.

ReliefWeb Informing humanitarians worldwide. A service provided by UN OCHA ReliefWeb has been the leading online source for reliable and timely humanitarian information on global crises and disasters since The United States wrapped up efforts at the United Nations this week to draw attention to the plight of Uyghurs detained in Chinese internment camps, calling on Muslim-majority states such as Pakistan to raise the issue with China. While Secretary of State Mike Pompeo promoted diplomatic efforts in New York to support the million or more interned Uyghurs and the broader cause of religious freedom, In Washington, lawmakers called on Pompeo to take concrete steps, including sanctions, to hold Beijing accountable for the repression in Xinjiang.

Pompeo said a U. During the New York gathering, U.

Deputy Secretary of State John J. Sullivan said that the U. In a separate gathering on the U. Khan, asked about the Uyghurs at a think tank event on Monday, declined comment, saying that Pakistan had a "special relationship" with China and would only raise issues in private, AFP reported.

China organized two visits in to the XUAR—one for a small group of foreign journalists, and another for diplomats from non-Western countries, including Russia, Indonesia, Kazakhstan, and Thailand.